On Saturday (May 22) I attended a screening of Four Lions at The Cameo.  This was followed by a satellite Q&A with the film’s writer, Christopher Morris, and some of the cast.

Hosted by Charlie Brooker, the interview took place at Brixton’s Ritzy Picturehouse and was shown live in Edinburgh and and at fifteen other Picturehouse Cinemas across the UK. Members of the London audience asked questions directly, whilst those viewing from afar had the option to email from their phone or pass questions to ushers who emailed them to London. 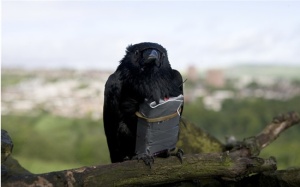 For those who have not come across it, Four Lions is a comedy about jihadism from the controversial writer of Brass Eye and Jam.  It has had mixed reviews, with some fans of Morris’s visceral comedy style feeling that it was too much of a ‘straight’ comedy.

Asked why this was, Morris responded,

“Form creates a ceiling.  The point here was not to make fun of a mechanism [eg the overly long credits to Brass Eye poked fun at over the top graphics being used by television news stations at the time] – that isn’t any good, it limits what you can do.”

He went on to explain that with this project he wanted to create believable characters, which is why he enlisted Peep Show writers Jesse Armstrong and Sam Bain to help write the script.  He also conducted four years of research into the Muslim world.

Oddly he found that people he approached were happier to talk to him when they found out who he was.

“They seemed comforted by the idea that I would be mocking them, rather than making a very serious piece that would end up missing the point.”

When asked, ‘do you ever feel you’ve crossed the line?’ he said,

“The line is like, 100 miles thick.  If you cross the line, you run out of material, that’s boring.  What makes an interesting project is something that will go off in lots of different directions.”

The film does this admirably, following the five central characters through the minutiae of daily life, watching them bicker and getting glimpses into their hopes and fears.  By the end it is impossible not to be completely on the side of the bombers, even though they are idiots and what they are planning to do is morally reprehensible.

The final audience question came from Anne in Edinburgh, who asked ‘what do you hope to achieve with this film?’

Morris, feeling he had already explained this pretty well via the film itself, handed it over to the cast.

Kayvan Novak (Waj, the daft one) replied “adoration,” Riz Ahmed (Omar, the leader) responded, “laughs,” and Adeel Akhtar (Fessel, the one who blows up a crow) said simply, “a date.  Just to be held.”

After making a really poignant and thought-provoking film, I’m sure all of these goals must have been achieved.