Far be it from me to wax negative on the unemployment situation in the UK, but the more I see of this sh*tstorm about job seekers having to stack shelves in supermarkets to earn their benefits, the more I want to eat my own eyes. 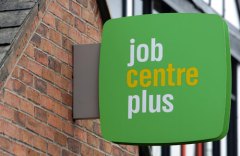 As far as I can gather, there is a thing called the Mandatory Work Activity programme, and there is another thing called the Workfare Scheme which is meant to be voluntary (but in practice this is not always made clear to job seekers).  Both aim to help the long term unemployed (people out of work for 6 months or more) back to work by giving them work experience.  However, what it seems to boil down to is that if you want to claim benefits after an initial six months of unemployment, you must be open to the possibility of working in a supermarket.

Apparently there’s nowhere else in the UK people can do work experience.

There have been stories about this doing the rounds since at least last summer, but the current media storm kicked off when Geology graduate Cat Reilly decided to sue at the end of last year.  According to an article she wrote for The Guardian, she stopped attending a museum work experience placement she had organised herself in order to do one at Poundland, having been told that if she did not turn up to the latter, her benefits would stop.

She was then attacked by the likes of Jan Moir (ever the voice of reason) for being snobbish about working in a shop, which has been a continuing theme throughout the debate.  ‘Why did she think it was OK to volunteer in a museum but not a shop?’ people asked. ‘Shelf stacking too good for her, eh?  What a gross insult to ornery working folk, what didn’t have the option to do no fancy pants geology degrees’.

Reilly responded that she had worked in retail before, learned nothing new from her Poundland training, and wanted to forge a career in museums – so the whole thing was at best a waste of everybody’s time.  How very dare she, the uppity young mare.

Of course this is substantially bigger than Ms Reilly now – bloody everyone is going on about it (except Twitter, who got bored ages

ago and are now going on about Angelina Jolie’s leg ) whilst the government retaliate with sound bites about how the pros of the scheme far outweigh the cons.

The general thrust of the governmental argument is that the long term unemployed are there for a reason, part of which is lack of experience / training / a current reference.  There might even be something in that.  But whenever they try to articulate it in a sensible way, they end up saying things like ‘who do these youngsters think they are, what’s wrong with stacking shelves for a living, mar mar mar I am so incredibly rich the weight of my money has crushed my understanding of hypocrisy out of existence.’

The point this response misses, of course, is that on this scheme you aren’t stacking shelves for a living – you’re stacking them for just over £50 a week.  Most people’s rent is £70 a week at the absolute minimum (certainly in Scotland), then you’ve got all sorts of other stuff to think of (food, heat, electricity, travel, etc.).  Maybe it’s not a terrible idea for people to do something to earn their benefits – but is that something really working full time in a supermarket?  A 25 hour week on JSA averages out at about £2.12 per hour, and if you want someone to do that I kind of think you ought to be giving them a bit more than a bit of paper saying ‘this person turned up at 9am and did a decent job of putting beans on shelves’.  In Comic Sans, no less.

There’s also the point that if there’s enough work going to give 25 hours a week to work experience kids, surely it should be advertised as paid work they could actually apply for.

Yesterday Boris Johnson (yes I know, but those who shout loudest get listened to) threw in his two cents with a column in the Telegraph on how the voices of dissent mainly come from the Socialist Workers Party, and the scheme is pure brilliant because it teaches young folk “about turning up on time, and wearing a suit, and office politics.”  Apparently Mr Johnson frequents a better turned out Poundland than the likes of you or I.

In actual fact, the voices of dissent are coming from graduates, and people who have already worked in relatively decent roles and then been made redundant.  These schemes are not targeted at those people and it’s hardly a shock they are getting vocal.  Someone who left school at sixteen and remains without work at twenty-one won’t necessarily have the self-esteem to say ‘no, I’m better than this, if I’m going to stack shelves I at least want minimum wage for it.’  But for a lot of others, who have been to college or university, the chances are they have already worked various crappy part time jobs with limited career progression, and post-graduation they reach a point where they say no, I shouldn’t have to take this, I have paid my dues.

By the time I graduated, I had worked in two retail jobs. I’d also done youth work, out of school care, and personal care for people with additional support needs.  My friends variously worked on the berries (what can I say, I’m from rural Scotland), in call centres, cinemas, shops, restaurants, kitchens and bars – and why did they do this?  Pretty much so they could afford to get the qualification that was supposed to ensure they didn’t have to do those sorts of jobs long term.  The time when people could consider getting a degree purely for the love of learning, or to become a better rounded person, left with the grant system.  People go to university because they are told it will improve their career chances. 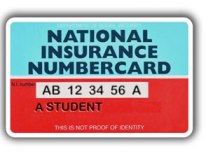 That not to say people aren’t a bit naïve about their prospects after graduation – they are.  Most graduates think they’ll walk into a job, and most of them find it’s not that straightforward.  But that doesn’t mean they have no right to expect better.  What is wrong with being aspirational?  And why is it an insult to a Poundland employee – who at least gets minimum wage for being there – for someone on the dole to dream of something better?  Surely the real insult is that employee paying National Insurance contributions to subsidise a person who has effectively come in and removed their opportunities for overtime under a vague pretext of ‘training’.

Still, it doesn’t matter how ridiculous I think all this is.  I can rail against the system till I’m hoarse, but its all hot air.  If I think I’m so clever, what’s my solution to getting the UK workforce better prepared for work?

My first instinct is to get someone other than massive retail chains signed up to the government’s work experience scheme.

‘But who?’ I hear you ask.  Well, how about starting at home?  Where are the JSA work experience types in government offices?  Those poxy geology graduates can hardly turn their noses up at a few weeks work in the department for Environment, Food and Rural Affairs, and there must be a harassed admin assistant who’d be glad of a bit of help with photocopying and envelope stuffing.

Oh wait, that type of voluntary work experience goes to kids whose parents work in government and can afford to stay in London.  My bad.*

OK, well how about Job Seekers do a few weeks in local government offices?  What’s that?  After all the public sector cuts there’s barely enough work to go round the existing staff, so they may not be best pleased if a bunch of jumped up graduates start flocking in and trying to finagle their way into the three remaining jobs?!

Alright, fine, perhaps the solution is not as simple as giving Job Seekers more flexibility when they sign up to mandatory ‘voluntary’ work.  Let us think outside the box, then.

How about the government get Job Centres to actively encourage Job Seekers to find relevant work experience by themselves?  So rather than going in to see a different adviser every fortnight (who is getting increasingly stressed by the unmanageable volume of clients they have to see in a day), job seekers get one adviser, who knows what they are looking for and says ‘have you written to x company about doing a week with them?’ Then the next time, a gentle ‘have you followed up that work experience application?’

Surely this would increase Job Seeker’s sense of empowerment and self-worth, or I don’t know my youth work buzz phrases.  But seriously, it would, because rather than forcing them to do something irrelevant to their ambitions or skillset you would be supporting them in taking affirmative action for themselves.

There again, Job Centres demonstrably do not have the staff to do this. But is there a middle ground?  What if, instead of working with groups of dubious ethics like a4E, the government got Job Centres working directly with groups like Volunteer Scotland (or Volunteering England, or Volunteering Wales, or Volunteer Now in Northern Ireland) to get long term unemployed people into voluntary roles that will give them all the stuff the current schemes do in terms of references and work experience, with the added dimension of being genuinely socially helpful?

I know Volunteer Edinburgh offers opportunities in all kinds of areas, from visiting an old person once a week to fundraising, campaigning, copywriting – and even working in shops if you’re really desperate to hone those retail skills.  It’s one thing for a graduate to refuse to work for free for a company that turns over millions of pounds of profit every day and quite another to refuse even an hour or two a week to help those less fortunate, especially when you’ve been at home all day every day for six months or more.

Of course, all of this is a bit redundant in a climate where there are 400, 000 jobs for 2.6 million unemployed people.  What we really need is for someone to put some money into projects that will create jobs.  Over to you, government…

* I feel I should say I don’t actually think the notion of ministers (or anyone else, for that matter) giving internships to their own kids is necessarily a bad and terrible thing.  Surely most people would choose giving a bit of help to someone they already know over advertising something that isn’t quite a job then sifting through 80+ applications for it.  But I also concede it’s pretty shitty to say to everyone else ‘right, you lot have to mop floors because you aren’t related to the right people’.